Safety Improvement in Automotive Industry Over Half a Century 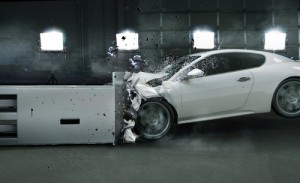 American roads seemed to be very unsafe during the 1960s. In 1965 alone, 47,089 Americans died as a result of a vehicle accident. That figure was too high for Ralph Nadar, which is why he published a book titled Unsafe At Any Speed. This one book changed the course of the automotive industry. As a result of the book’s claims of the automotive industry comprising of frugal and cheap corporations that aim for profits rather than safety, the National Traffic and Motor Vehicle Safety Act was signed by President Lyndon B. Johnson. Following the signing of this act, the Department of Transportation and the National Highway Traffic Safety Administration was established. It has been 50 years since Nadar’s book was published and the Insurance Institute for Highway Safety wanted to showcase the safety improvements from then to now. An online video titled “1959 Chevrolet Bel Air vs. 2009 Chevrolet Malibu IIHS crash test,” features a 1959 Chevrolet Bel Air undergoing a head on collision with a 2009 Chevrolet Malibu. Gregg Young Chevrolet in Omaha, finds it shocking to see how much safety technology has evolved over the decades.