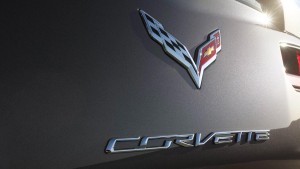 Driver Mike Rockenfeller will be joining the Corvette Racing team. He will be behind the wheel of a Chevrolet Corvette C7.R during the 2016 24 Hours of Daytona and 12 Hours of Sebring. Rockenfeller is currently an Audi factory driver, but he was honored to get the opportunity to race for Corvette Racing for the duration of these two endurance races. Rockenfeller stated, “I have obviously been racing with Corvette –not in the team?but seen them many times, and watched them competing, and looked up to them.” Before accepting the offer to drive for Corvette Racing for the short period, he respectively asked Audi for permission since he still is an Audi factory driver. Rockenfeller was able to get a feel of the Chevrolet Corvette at the IMSA test at Daytona. Rockenfeller seems to be excited as he said “I jumped in and felt safe and comfortable. I tried to get up to speed. We got some good laps and got to know everyone in the team.” Gregg Young Chevrolet is excited to see the performance Rockenfeller has during these endurance races.